In this podcast, Mark has an illuminating conversation with John Taylor of Action.ai, a company that offers the world's most advanced natural language technology, conceived by the best computational linguistics.

Never one to shy away from a controversial question, Mark’s opening question, “Does AI really exist?”, doesn’t disappoint.

Taking this in his stride, John says it does exist but the term is much misused. He agrees that "AI" is an extraordinarily broad term that has, unfortunately, been attached to just about everything in any context you can imagine.

However, the current buzz is justified as the sector is at an extraordinary flexion point, where computational power and algorithms can be applied to use the tech in really useful ways - in healthcare, customer service etc.

John notes that knowledge is building really rapidly - and its origins are in academia.

John started his entreprenuerial career early, setting up a small software company with a friend to pay university fees.

That friend was Richard Tolcher, now Action-ai's CTO. Richard was brilliant technology-wise but also had a strong commercial awareness - an unusual combination. Their aim was to do something really pioneering - to create "Delightful Automation".

John and Richard knew that the Big Tech companies - Facebook, Microsoft and Google - were going to launch automated customer communication with chatbots, and although this had potential, it wasn’t really going to work, in terms of the “Delightful Automation” John and Richard were seeking to achieve.

It was going to make an impact but it wasn’t going to change behaviours and the way people interact.

Their vision has remained constant since the early days but everything else has evolved over time and the business now looks radically different from Day 1.

John and Richard were always aware that Big Tech had the capability to trawl through 'oceans' of language but they wouldn’t take the time to also dig deep wells. They understood, that, without those deep wells of language, human beings can’t hold natural conversations, including speaking in the vernacular, changing their minds, changing tack and not speaking in a ‘logical’ sequence.

Tough Dynamics of 'Experts' and Investors

Over the years, John admits they’ve made plenty of mistakes, researching things that they hoped would work but didn't. By its very nature, research is high-risk.

There was pressure from investors to go to market when the solution wasn't completely ready. That scenario made for a tough dynamic as it'd be good to test the market at that level, not launch the product.

John acknowledges it was very important to set realistic expectations for investors; they needed to understand from the outset, that this may lead to something really amazing but, candidly, it was a high-risk investment.

The other thing they were acutely aware of is that everybody speaks language so if anybody thinks the software doesn’t work, then they’re right - This means all consumers are 'experts' and consequently, the bar is set incredibly high.

Over time, live demos have worked really well for Action.ai - Simply because if the software is presented as "state of the art" technology, people will quite reasonably, expect to see proof of that.

The Importance of the Empathetic Voice

Built into Action.ai's software is an empathetic voice that’s consistent at all hours of the day or night and doesn't get 'compassion-fatigue' when tired, as a human being might.

In healthcare, for example, it can be incredibly useful for small queries but also in a moment of crisis. Most of these conversations are just asking for information so can easily be automated.

In the world of speech, whenever people speak, that speech is moved into text. Action.ai now has the technology to convert ‘speech to text’ to a very high standard and that text record is around forever, simplifying auditing and compliance.

Consistency and accuracy are critical. It’s never ok to give the customer the wrong information.

Another exciting application for conversational AI is when people have to fill out lengthy and complicated forms. They may be applying for a loan, a mortgage or setting up their insurance, they’re asked many questions about their income and expenditure. It’s a long, tedious process but also costly if carried out over the phone by a human being.

Often, people want to be able to pick up and drop forms, not complete the whole thing in one sitting.

Voice or text can help encourage people through this complex and frustrating processes.

Capturing people speaking on the telephone and handling the inevitable background noise is incredibly difficult. The software needs to understand exactly what is said, what’s meaningful and what’s irrelevant. Then there's the need to capture intonation, cadence and rhythm (collectively, “prosody”) - All of which are immensely important in understanding speech.

Action.ai's research focused on finding a  way to capture speech and meaning in the correct context and to deliver this as a service. This entailed a huge amount of machine learning and computational linguistics research, coupled with advanced engineering. Successfully combining the two was challenging and took a long time to achieve.

Accuracy is a different process. It’s all about how you classify language. It’s data-driven and has to reflect the way people communicate; it must be authentic and real, never imagined.

Occasionally, people still approach Action.ai to ask them to improve their chatbots. John explains their service focuses on automating the Customer Service function as this is where companies are losing most of their money.

The conversation about chatbots versus “conversation ai”. The big companies have done a good job of powering chatbots. They can be quickly, easily and inexpensively deployed.

However, it’s not then a continuum to “Delightful Automation at Scale”. They aren't backed up by sophisticated Machine Learning and computational linguistics..The two are very different approaches to solving very different problems.

John says, if you want people to be able to express themselves and be understood and go away delighted, you need a completely different suite of technologies from those used for chatbots - The former is at a much more granular level because every word matters to the meaning that’s being distilled.

Action.ai is at the commercial cutting edge. Their software solutions are used in the financial services sector, with people making transactions. It's critical there's 100% accuracy. It's not acceptable to be ‘generally right’ - You have to be right every time.

Conversely, chatbots are having simple conversations, not drilling deep into the language to enable meaningful conversations in healthcare, insurance or finance - or assisting people to complete complex forms.

Both technologies have value, depending on what you’re trying to acheive.

Most Important Things Learned from Running a Business

John believes the most important element of the business is its people. And they need to be exceptional. Compromising on the people you hire is a poor economy. In the early days, when funds are limited, if you can find a way to hire those 4 or 5 great people, the difference to the business can be immeasurable.

His approach was to try to run a capital-efficient business, understanding that if you want large, flashy offices, you will need to raise huge amounts of venture funding.  John acknowledges that it's harder to run a capital-efficient business but when funding does arrive, it’s a lot easier as you’re not sitting in offices where your overheads are huge, you haven’t made promises you can’t keep, lost track of consultants etc etc.

He notes that there is a caveat though, as you can’t be so cautious that you can’t move quickly. You need to assess how much money you need to spend to get to market quickly - but it’s also about balancing spending as little money as possible in the first couple of years.

Another critical ingredient is that you need to own your own IP and be able to prove that you do. It's simple enough to achieve but you need to be aware of the need to do this from the beginning.

Getting smart people into the business sets the culture for the business. It's important you have a culture of integrity and aim to build long-term relationships.

Thanks for your time and a fascinating conversation, John.

How the fast-growth $1 Billion Software Companies did it. Made (relatively) simple. END_OF_DOCUMENT_TOKEN_TO_BE_REPLACED 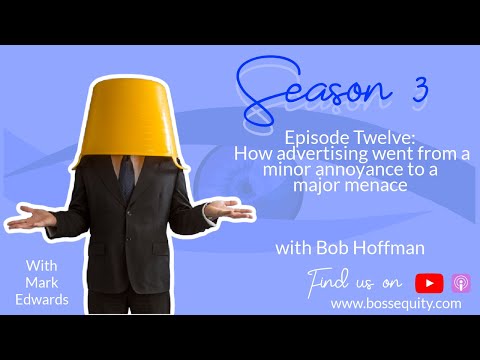 Season 3 - Episode 12:Bob Hoffman: “The Most Provocative Man in Advertising” 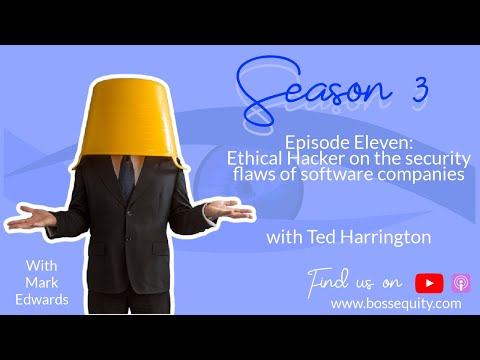