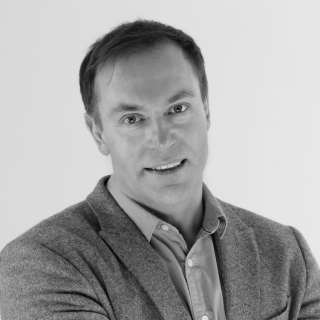 Over 19+ thrilling and sometimes backbreaking years, Mark has been personally involved in over 120 Software Tech acquisitions. His ability to find “the right fit” for client companies and acquirers alike has earned him a stellar reputation throughout the industry. His wealth of knowledge, wide-ranging contacts, and vast experience have proven invaluable over the years.

Over several years, Mark has developed and refined Boss Equity’s “Equity Value Accelerator” (EVA™) service. This is a bespoke framework that assists software tech CEO’s and business owners to grow the equity in their business dramatically.

The EVA service, along with Mark’s unique insight, uncovers the true strengths of a business by examining five critical areas. It identifies those areas where improvement can mean a rapid increase in growth, adding to the overall equity value of the company and enhancing sale price at exit. Mark has mastered the art of selling businesses through decades of experience and working alongside one of the UK’s top transfer agents - John Oakes.

At the start of the 80’s UK recession, Mark entered the thriving computer industry, where he was involved in selling data-storage products throughout the UK. During this time, Mark introduced a sales incentive program that was adopted in the UK, Canada, and the US.

He was also head-hunted and became the UK general manager for DSA: a German document software vendor management and scanning company, operating across Europe. This is where he gained insight into other cultures by working alongside colleagues from France, Germany, Italy, Switzerland, Spain, Poland, and Greece.

During this time Mark was involved in raising investment for several established and start-up eDM companies. And he helped to facilitate the MBO of DSA to form the Pan European company, Novadys.

Over the past thirty years, Mark has successfully run several businesses, one of which was based upon a flotation belt he created, called the "Aqua Runner Belt". This was later developed by Mark into a fitness class and training school for fitness professionals. The belts and classes were sold throughout Australia, Argentina, France, USA, Germany, South Africa, and Brazil and were used to help athletes and individuals recovering from injury, by allowing them to exercise, suspended in deep water (Aqua-runner belt & Flotation Aerobics).

A number of top athletes used Mark's flotation belt to maintain their fitness whilst recovering from injury: these included Liverpool football club, Glasgow Rangers, and a number of Olympic athletes.

Mark is an award-winning photographer and an Associate of The Royal Photographic Society (ARPS); he is working on a portfolio of images towards becoming a Fellow (FRPS). A selection of some of Mark’s images can be found on Flickr.

He has also studied with The Coaching Academy as an executive coach, which gave him the skillset to be more useful in his current role, mentoring clients and facilitating M&A assignments.

And Mark is a keen keep-fit enthusiast, training daily at his local weights and boxing gym.

Mark publishes a regular podcast called BOSS-it for executives and investors in the software tech sector, where he talks to people of interest in the software sector from across the globe.

Listen to the BOSS-it podcast now in its 3rd Season.