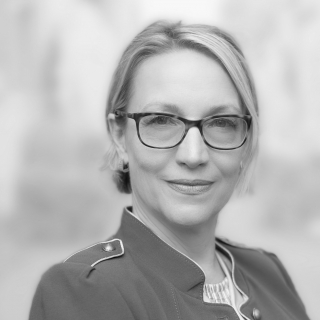 Leslie comes from a long line of business owners and entrepreneurs.  She grew up working within the banking and insurance sectors in Wyoming, USA, at her grandparents’ banks and insurance firms.

After a brief stint at the University of Texas in Austin, in the pre-med fast track, Leslie moved to London to study literature at the University of London through a foreign study program.  During this period, she met a group of musicians working on studio albums in the UK. It was with her guidance that the band decided to purchase a studio in Clapham, London and a residential studio in Newport, Sales Wales

Leslie helped to develop the band’s web presence through an online marketing and merchandise platform. She negotiated several record licensing deals for albums released in the German (BMG) and Japanese (Sony) markets.

In conjunction with running the recording studio in Wales, Leslie was also assistant to the head of copyright at Warner Chappell Music Publishing in London.  She maintained the worldwide database for musicians’ royalties whilst securing licensing clearances for artists wanting to cover copyrighted material.

Leslie returned to the US and quickly started a new family.  She started several businesses with her then husband, which included the design and development of websites showcasing stonemasonry work, custom stonework and motorcycle sales. The money raised by investors allowed her to buy, sell and develop multiple properties – both residential and commercial in Arizona, New Mexico and Texas.

While developing the properties in New Mexico, Leslie helped to build a biofeedback and Complementary and Alternative Medicine (CAM) practice in Ruidoso.  In the first year, she increased sales of the start-up, Living Energies, by more than 78%.

Leslie is also a skilled journalist. She sourced, wrote and edited stories for the Ruidoso Free Press in Ruidoso, NM. She managed content for social media campaigns and represented the newspaper at regional events, operating her other business interests in tandem.

Leslie’s Texas interests include building a prosperous insurance agency business as well as continuing to be a newspaper correspondent for The Galveston Daily News. It is through her newspaper reporting that she met her partner and co-founder of Comprindeo, Jon Glesinger.

State of the Art Innovation

Comprindeo is a technology start up in Houston, TX, that utilises a very complex automatic speech recognition (ASR) system to create automatic tags that allows video and podcasts to be searchable. Comprindeo has an exclusive arrangement with Intelligent Voice in London to process video and podcasts globally.  This highly developed, market leading, patent pending AI/Deep Learning ASR (automatic speech recognition) technology automates the generation of content-based tags and navigation.  Comprindeo is launching into consumer and enterprise markets to revolutionize the way video and mixed data-sets are used.